Krish Desha-Beerachee, Year 8 student, performed at the Wharfedale Festival of Performing Arts Piano Festival  which took place at Christchurch, Ilkley from 15th-17th October, where he was also invited to perform at the final concert on the 18th October.

He was presented the ‘duet award’ at the final concert and also  awarded the’ Wharfedale Festival of Performing Arts Bursary of £300′. He was lucky enough to receive his prize from none other than Dame  Fanny Waterman. Dame Waterman will be 100 years old next March and she is a renowned pianist and founder of the Leeds International Pianoforte Competition. Huge congratulations to Krish on his musical achievements! 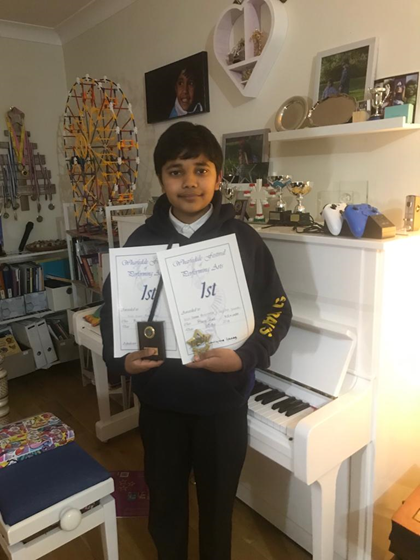