On Monday 25th March, the debating team headed to London for the finals of the Mace competition.

The twelve regional winners, including Repton, Dulwich and Eton, competed for a place in the Grand Final. Our team gave their best performance yet and clearly won their debate against Chenderit School on the motion: ‘This house would ban the use of armed drones during counter-terrorism and warfare’.

The judges were divided about which of the six teams in the semi-finals to put through, but eventually came down in favour of Sevenoaks School. However the team more than held their own among the top debating schools in the country. Indeed the judges commended them on the high quality of their performance. The guest of honour, Lord Blunkett, presented the team of Frankie Ryan-Casey and Owen Spafford with their individual trophies for being the NE Regional Champions. 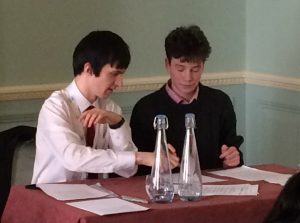 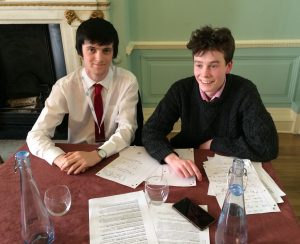 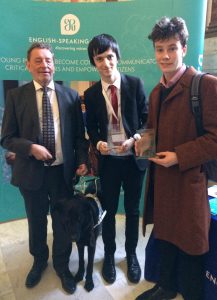