Congratulations to Year 9 student Aaron Brompton who has been accepted into the England Hockey Performance Centre Under 15s! Aaron has played as Striker for Harrogate Hockey Club since the age of 9 and has contributed to many significant wins for the team over the years.  He has also played county hockey for North Yorkshire since 2018 and in the last tournament he played, he scored 23 goals in 4 matches! Aaron is delighted to have been  selected for the England Perfomance Centre whose aim is to develop players for selection into the England Age Group Squads – so Aaron’s next step could be playing Hockey for England! 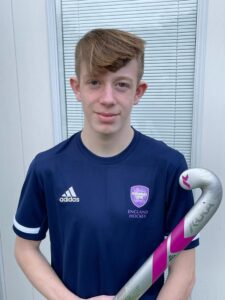