On 17th June 2019, the University of Leeds held its annual School Physicist of the Year (SPOTY) awards, thanks to support from The Ogden Trust, a charitable trust that exists to promote the teaching and learning of physics. The SPOTY awards are organised in association with secondary schools in the Leeds region to recognise outstanding efforts and achievements in physics.

Congratulation to Nina, and also to Tom Adamson and Sofia Palmer, also in Year 10 who received the same accolade from the University of York. 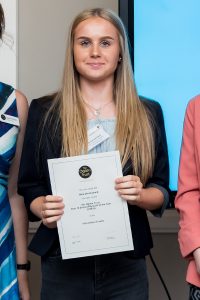